Here are some more of my recommendations for the 2013 Melbourne International Film Festival based on what I’ve seen so far. Check out part 1 if you haven’t done so already and here are eight more feature films and two more short film packages that I recommend:

The Weight of Elephants 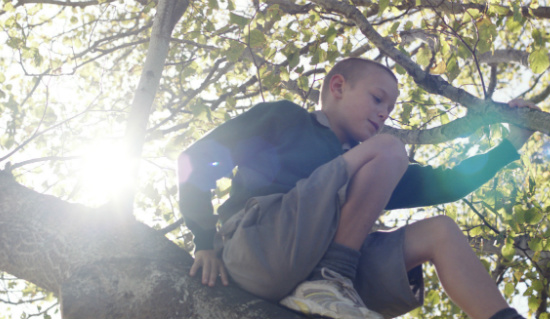 A heartbreaking and beautiful film about a sensitive 11-year-old going through some pretty intense abandonment issues against the backdrop of news reports about missing children. As good an insight into the anguishes of childhood as I’ve seen and featuring a stunning lead performance from newcomer Demos Murphy as Adrian.

A fascinating documentary about the world of extreme sports, and the causalities it produces, through the experiences of snowboarder Kevin Pearce who acquired brain injuries from an accident in 2009. The film also exposes the almost addictive nature of extreme sports and the problem where the demand for thrills from the viewing public is compelling competitors to push themselves further than what is safe to do so.

An understated yet surprisingly affecting story about an unlikely friendship between a young woman and an elderly lady. The film successfully holds back important character information so that all the reveals feel natural and startling at the same time.

An emotional expose on the history off orca attacks on their human trainers in sea parks. This is much more than a Save the Whales documentary as it reveals how the conditions in which orcas are captured and then kept at water-themed amusements parks is not only inhumane towards the animals, but puts the lives of the people who work with them at risk.

Stranger by the Lake

The single location – a beautiful lake and the surround forest used as a cruising spot in southern France – is used to its full potential to deliver a thriller, a love story and a story of platonic friendship. A mysterious film about ritualised behaviour and human connection.

The generic conventions of the teen film are extremely well manipulated to make this into a sophisticated tragedy about a teenage boy throwing his life away and threatening to take down others with him. A surprising and extremely rewarding film.

A beautifully animated memoir about the filmmaker’s experiences as a Korean boy growing up in Belgium as an adopted child. Avoids cliches and sentimentality to explore issues such as cultural identity, belonging and mental illness.

A droll and unstated film about two sisters attending their father’s funeral, despite never knowing him and feeling nothing towards him. Unexpectedly moving at times in the way it looks at family dynamics, while at other times containing wickedly dark humour.

The first package of international short films includes two films that screened at the Cannes International Film Festival: More Than Two Hours, a tense Iranian drama where a woman requiring medical attention is denied due to the ultra conservative laws, and Butter Lamp, a Tibetian-language film with a stunning final shot. Day Trip is the latest short film by Park Chan-wook and his brother Park Chan-kyong, and it is an odd yet sweet and compelling tribute to traditional Korean music.

Two films from Cannes are also in this package including Safe, which won the Short Film Palme d’Or. It is a claustrophobic thriller that gets increasing tense as the film builds to it alarming conclusion. Also nerve-wracking is that French film Just Before Losing Everything, which uses an everyday setting to construct a thriller out of an upsettingly commonplace situation. This collection of films also includes the experimental narrative film Beat starring Ben Whishaw as a man who dances through the streets of London to music only he can hear. It’s simultaneously amusing, confronting and melancholic.